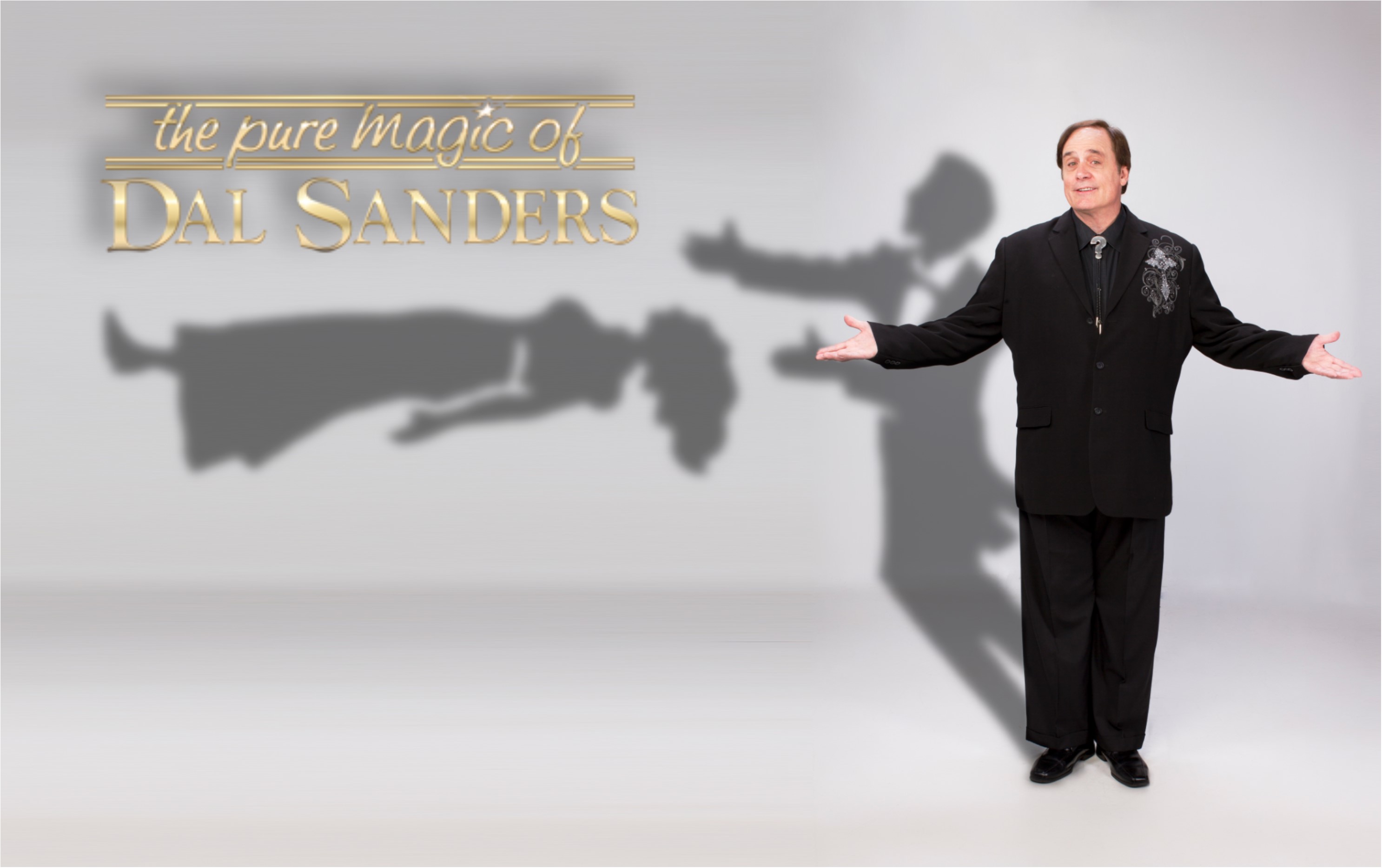 The Pure Magic of Dal Sanders

Dal Sanders has been studying and performing the art of magic as a full time professional for over thirty years and has performed across the United States and overseas in China, Portugal, The United Kingdom, Mexico and Brazil. He has headlined his own illusion shows and shared the stage with many top acts including The Beach Boys, The Dixie Chicks, Kenny Rogers, Gladys Knight and more.

Dal is a Past President of The Society of American Magicians, the oldest and most prestigious magic organization in the world. The organization also includes Harry Houdini, Howard Thurston and others as Past National Presidents. He has been awarded the title of M.I.M.C. from The Magic Circle in London and Order of Willard for T.A.O.M. Dal is also a member of The International Brotherhood of Magicians, a member of The Academy of Magical Arts (The Magic Castle) and is a Charter Member of KIDabra International.

He is also well known for his educational school shows on a number of subjects including Reading, Character Building, Leadership, Self Esteem, Science, Drug Prevention, Ecology and Being a Good Friend…Not a Bully. In fact, there are many entertainers worldwide who regularly perform Dal Sanders’ routines in their own educational shows

Dal Sanders has performed on international television as a feature entertainer on several Mrs. International Beauty Pageants, television commercials and was recently featured on a Comedy Central Special. Dal will be also be featured in the upcoming feature comedy film Hidden in the Heart of Texas.

Dal Sanders’ stage presence, humor and talent have won him international acclaim wherever he has performed. From Theaters to Corporate Events to Fund Raising Shows he has treated audiences of all ages to imaginative and entertaining performances that have resulted in making everyone laugh and say WOW!